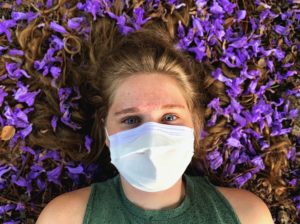 It’s been over a year, yet the COVID-19 virus is still spreading exponentially in some parts of the world. We all know the usual signs of a COVID-19 infection, but over time, skin rashes resembling different types of skin conditions are being reported by the people affected with COVID-19. The healthcare community has conducted several studies in the last few months after reports of erythematous (red) skin rashes, urticaria-like rashes, and chicken-pox like vesicles from COVID-19 patients. Most of the people who developed different rashes had an unpleasant experience with treatments and medications. Moreover, the rashes might only last a few days to heal or take several months to resolve completely. See examples of COVID-19 related skin conditions.

The Opu Viral Skin Scanner helps all who have developed such skin conditions by providing guidance on the risk of viral infection, staying educated on the newly reported skin rashes, and allows us to advise those who need guidance the most.

We have been fortunate therefore to have our friends and community members share their experiences to help us all better understand this novel COVID skin condition.

Shaula, a 32 year old woman, experienced skin rashes on the 12th day after the onset of already established COVID symptoms such as mild headache, exhaustion, chest pressure, dizziness, and cough when taking deep breaths. Hives developed all over her body, with feet and ankles being the most affected areas. Shaula does not recall using anything out of the ordinary that could trigger an allergy resulting in a skin rash. Only an anti-allergic tablet named Allegra was part of her medications, which she took once a day for seasonal allergies. In the first two days of the skin hives, Shaula also took Benadryl, which was only useful for up to three hours. After consulting her Doctor, Shaula took Claritin early morning, hours before taking Allegra.

The hives went on their own after three days. In Shaula’s own words, “The day before the rash ended, I was so desperate for relief, I packed my feet and ankles with ice packs with towels for 4 hours. I refreshed the ice packs when they melted.” Moreover, she experienced shortness of breath, fatigue, and pressure on the chest in those three days. The itching she experienced was severe. It took another day for the hives on the legs, wrists, and ears to disappear. All other symptoms of COVID, including shortness of breath, were minimal after the skin rash disappeared.

Jennesa, a 19 year old university student was never diagnosed herself with COVID-19 but she developed the common COVID-19 symptoms of severe fatigue, fever around 101°F, cough, and increased body aches around the end of December 2019. She consulted a healthcare clinic on the 24th of December, which diagnosed her with a viral upper respiratory infection. Jennesa was advised to take OTC medications for her symptoms as it was a viral infection.

Jennesa’s cough did not resolve over time, and she felt like she had fluid in her lungs, which made breathing difficult. On the 20th of February, she revisited the clinic with a complaint of a cough. The Doctor conducted a lung examination and found no anomalies. Moreover, the viral upper respiratory infection was reiterated, and prescription medication such as Sudafed, an inhaler, and Tessalon pearls were prescribed, but the symptoms persisted.

Jennesa traveled with her mother and only two days later symptoms of COVID-19 started appearing in her mother. The County Health Department presumed her mother to be COVID-19 positive after evaluation of her symptoms.

In May 2020, Jennesa noticed a dry skin patch appear on her stomach, which resembles eczema. She ignored the skin patch as a flare-up. Later the next month, a trip to the amusement park make it all worse. The patch started itching severely, along with another smaller patch on the underside of the breast area. Jennesa used hydrocortisone ointment to control the itching.

She visited the Doctor to remedy the skin rash and was prescribed a cream to resolve the issue. According to Jennesa , the ointment worked first; however, the spots started spreading. About a week later, she consulted the Doctor’s clinic again and was prescribed a 6-week antifungal treatment as they diagnosed the skin patches as a severe ringworm outbreak.  Jennesa commented “The oral antifungal did nothing but increase the number of spots on my body, spreading from my bra line to my stomach, neck, torso, and pubic bone. They were itchy, raised, and flaky.” She even tried an OTC lotion for Psoriasis, but it couldn’t help with her skin patches. After another antifungal treatment by her family doctor, she was referred to a dermatologist for a specialized evaluation.

Unable to go to a dermatologist, Jennesa seeks advice online, which had people posting about skin issues in post-COVID recovery. This led her to research a disease named Pityriasis rosea, which is believed to be triggered by a severe viral infection and often misdiagnosed as Psoriasis or eczema. The skin patches improved over time, but Jennesa still feels itchy skin as the patches have not gone away completely. She also reports having vascular issues as other COVID-19 survivors experience but was never diagnosed with either COVID-19 or Pityriasis rosea.

At first, Evan’s parents thought he had a cold as he had developed a sore throat with cough and sneezing. Later on, Evan was prescribed antibiotic therapy for a suspected sinus infection. Evan’s mother, explains it in her own words, “I didn’t think to call the Doctor until I read online about Covid toes. He had already had them for five days before I called the Doctor and told her. We did a telemedicine visit, then I showed her his feet and sent pictures. She agreed and thought he must have had it.” skin rashes began developing on Evan’s toes. The family thought of the skin rash to be a side effect of the prescribed antibiotics. However, Evan’s mother, read online about similar discussions on skin rashes as a COVID-19 symptom on various body parts, especially the feet and toes.

The family conducted a telemedicine visit where they shared their concerns about the rash with the Doctor. She, too, agreed that the toe rashes could probably be due to COVID-19. Unfortunately, no tests were readily available at that time, and Evan was never tested for COVID-19. Moreover, the family did a COVID antibody test after five weeks which tested positive. In Evan’s case, only his toes were affected by the skin rash.

A brave COVID survivor, Hanna shared her experiences of skin rashes she developed due to the novel virus. She developed three different types of rashes in various body parts.

Livedo reticularis, caused by COVID sequela, was later confirmed via a skin punch biopsy pathology report by her dermatologist. The rash resided mostly on the arms and a few areas of the legs. In Hanna’s own words, “It gets lighter some days but doesn’t seem to be going anywhere. Some days my skin burns like a sunburn.”

Red/malar type rash spread all over the face, with cheeks and nose being the most affected areas. She explains the red rash to be incredibly painful and sometimes pops up on the jawline and over the ears. She describes the feeling like a raging sunburn where he develops a fever; her face heats up. The rash appears at night and resolves on its own the next morning. Her Doctor suspects this problem is an autoimmune condition.

A Petechiae rash finally developed as little red dots appearing usually in a line. She has a streak of such spots across her forearm, but this rash did not bother her too much.

Based on the experiences of these COVID-19 survivors, it is possible that COVID patients can develop skin rashes or other skin conditions that can take several months to heal. We all have a responsibility to protect our loved ones and to aid our communities by identifying these skin conditions early and then consulting with a certified healthcare professional. The Opu Viral Skin Scanner for Android can be another tool in your pocket to guide you on when to see your doctor and to alert them of this risk. The tool is also available for use on the Opu WebApp.

Photo by Cade Renfroe on Unsplash